My first guest blogger is Stacey Walker.  Stacey is an Editor at Focal Press by day and a foodie (almost all vegan!) by night.  She, like me, was once a meat and potatoes kind of gal until she gave it up and became vegetarian.  Now, she is vegan more often than not and I think her enthusiasm is inspirational for us all.

A little over a year ago, I first started flirting with veganism. I discovered new recipes and new foods I liked to eat, lost a couple pounds, and loved how much better I felt—less like an over-inflated balloon. But like all new couples, the holidays came and put a strain on our relationship. Holiday parties, cookies, fudge, and other sweets decorating the office, and Christmas dinners didn’t really cater to a vegan diet.  I admit it: I cheated.  A lot. Even after the holidays ended. For months into 2010, I found it incredibly hard to eat vegan for any sustained period of time. Finally, in the wee morning hours of mid-2010, with my spoon poised over a tub of Ben and Jerry’s Half Baked ice cream, I said goodbye to veganism for what I thought would be forever. But just a few weeks ago, after feeling gross for most of 2010 and (I admit) gaining a bunch of weight, I was determined to rekindle the flame, and this time the holidays wouldn’t be the end of us.  This year I was hosting Christmas for family and friends, so I could control the food.

Like all good holidays, the Christmas weekend started off with a little deception.

“How about Italian sausages?”  I said to my friend David when he asked me what was for Christmas Eve dinner.

Field Roast vegan Italian sausages are my favorite fake meat.  They are delicious when lightly browned in a skillet, then simmered for a couple hours in a crock-pot with some spicy tomato sauce (preferably homemade!).  I served the sausages in hoagie rolls with mashed potatoes and asparagus.

I piled David’s plate high, leaving only the potatoes and asparagus on mine.  I measured his reaction when he took his first bite.

“How are they?  I’m pretty rusty cooking meat,” I said.

“So they’re good?” I confirmed as he took his second enormous bite.

“Cool,” I said, standing up and walking back into the kitchen.  I made my own sausage sandwich and walked back to the table.  Still standing, I took a bite. “You’re right!  They’re spicy!”

David’s eyes grew to the size of saucers when he looked up at me, “You’re eating meat!”  There was a glimmer of hope and excitement in his voice, like maybe I came back to my senses and decided that cow, or pig, or border collie, or whatever sausages are made of were just too delicious for me to sustain my veg ways.

David stared at my smug smile.  He looked at the few bites that were left of his mostly-devoured sandwich.  Then he pretended to puke on his plate.  Now do you understand the reason for my deception?

Having proven that vegan food could pass the carnivore test, my friends were open to trying the rest of the weekend’s vegan fare, which included cinnamon rolls (pg 175 in The Joy of Vegan Baking), Asian pear and baby spinach salad with warm walnut dressing (pg 103 in Vegan Planet), bruschetta, lasagna, and the overwhelming favorite, pumpkin fake cheesecake (pg 92 in The Joy of Vegan Baking).

Preheat the oven to 350 degrees F. In a bowl, stir together the brown sugar, cinnamon, ginger, cloves, nutmeg, and salt.  Whip up the egg replacer powder and water in another small bowl or food processor until thick and frothy.  Set aside.  Beat the cream cheese until smooth, about two minutes.  Add the sugar mixture and beat until creamy and smooth, 1-2 minutes.  Add the egg replacer mixture, beat for another minute.  Add the vanilla and pumpkin. 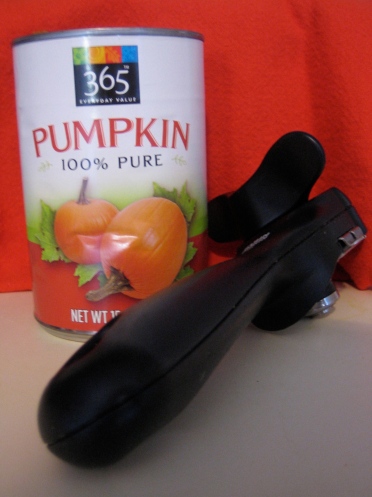 Pour the filling into the prepared crust.  Bake for 30 minutes, then reduce the oven temperature to 325 degrees and bake the cake for another 20 minutes or so, until the edges of the cake are puffed but the center is still wet and jiggles when you gently shake the pan.  The cake will firm up and deflate a bit as you let it cool.

I’m proud of my friends and family for trying something new, but I don’t have any misguided notions that I converted them to veganism (or even vegetarianism) by my delicious cruelty-free holiday meals.  I do like to think that maybe they won’t balk so much when another opportunity to eat vegan presents itself in their lives.  Maybe they’ll wake up in the middle of the night drooling for my pumpkin fake cheesecake, or even think about meat substitutes the next time they bite into a hot dog or sausage.  And even though that might seem unsubstantial, it’s enough for me because it’s still something. For my meat-loving friends to just admit that vegan fare was good was a promising first step.

I almost forgot to mention…the best part of cooking vegan this Christmas?  The leftovers, of course. 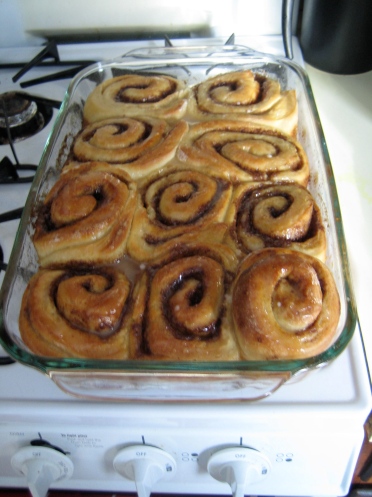 * photography in this post is courtesy of Stacey Walker