I’ve missed this blog so much and I apologize for not saying hi.  There isn’t a day that goes by that I don’t think to myself, “I have to write about that,” or “That would make a great blog post.”  However, the last few months really put me in a state of survival.  When life is like that, for me, the things that bring joy tend to get buried under an oppressive pile of things that need happen just to stay afloat.

When life gets THAT crazy, I forget to be thankful and I instead start to feel really bitter.  I don’t sleep enough.  I snap at my poor husband.  I don’t free up any time for joy. Until something happens–or a series of things happen–that turns it all around and reminds me just how much I have to be thankful for.

Like Anderson randomly blurting out the word “happy” for the first time really loudly at Thanksgiving dinner, nearly making me cry.  My husband reminding me that he gets frustrated, too, with various life stressors, but then remembers that other people would give anything to have what he has (once more making me want to go grab the box of tissues).  Seeing the look of peace on my father’s normally worry-lined face as he held a sleeping Anderson.  Getting to go into Boston with my mom on our traditional annual Christmas shopping trip after nearly losing her in October. I think this was the tipping point, actually, having a whole precious day together in a great city, just doing girly things.  It feels like such a splurge; getting to peruse through little shops, eating lunch together, getting a manicure, and just talking, talking, talking. 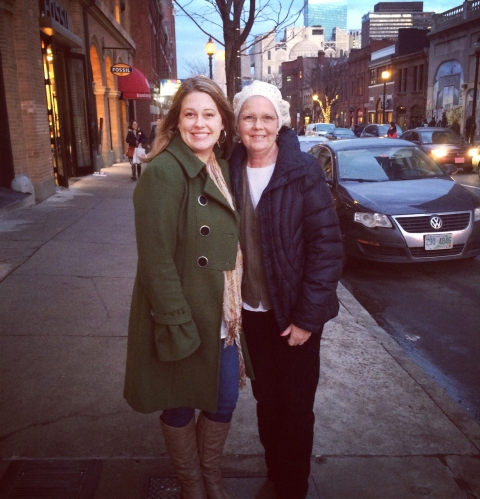 Mom and I on Newbury Street, Boston 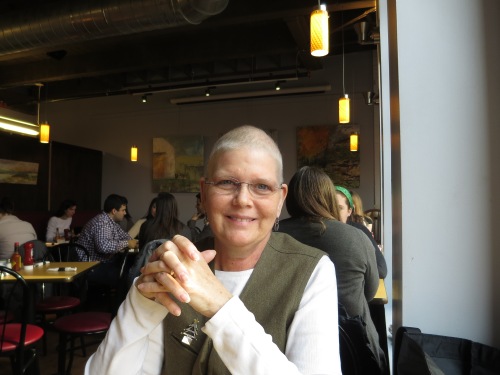 My beautiful mom at Trident Cafe in Boston.

So, I wrapped up a big freelance job.  I got some sleep.  I turned my attention to my appearance and bought some eye cream to deal with my dark circles and gave up on trying to get used to my natural hair color.  I thoroughly enjoyed family at Christmas.  I decided that “good enough” was far better than perfect for the holidays.  I didn’t try to send Christmas cards and instead, purchased “Happy New Year” cards to give myself more time.  I said to hell with cleaning and instead spent more time playing with Anderson and his new train (aka choo choo!).  I went to a magical yoga class in my town on a whim and decided the instructor had special powers.  I actually cooked a few dinners this week.  I finished a book.  I took a three hour nap with Anderson.  I called my Grandpa, who is feeling the loneliness of losing my Grandma last year.  Overall, I made an effort to feed my soul.  Guess what?  I feel better and I am overflowing with gratitude.

Enjoy the last hour of this year.  I’m reflecting on some of the really great things because though there are things about 2013 I’d like to move past, I’d rather focus on the things that made 2013 great.

Seeing my cousin, William, graduate from West Point (even though it was freezing cold and wet). Photo courtesy my sweet cousin, Heather Warren (the adorable one on the right). 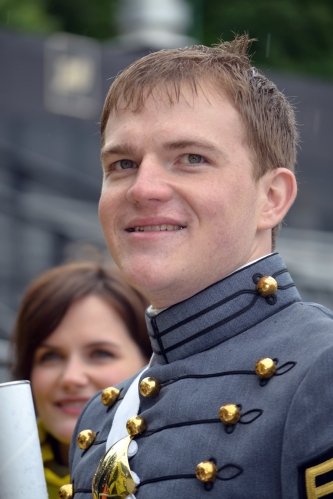 Lots of water and outdoor time–from the Atlantic to the lakes of New Hampshire. 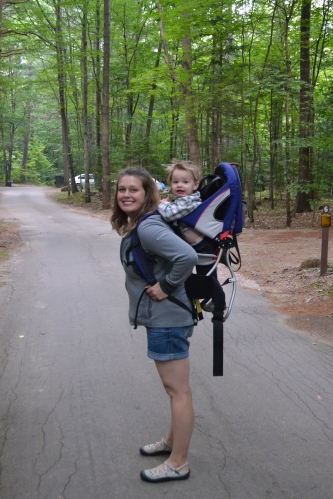 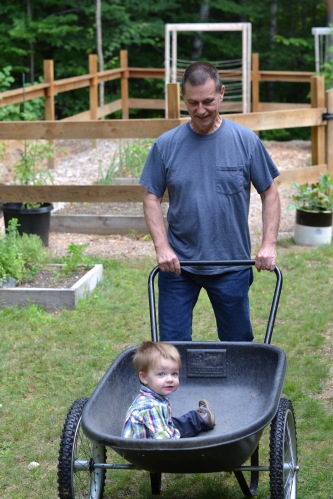 The colorful surprises from the garden. 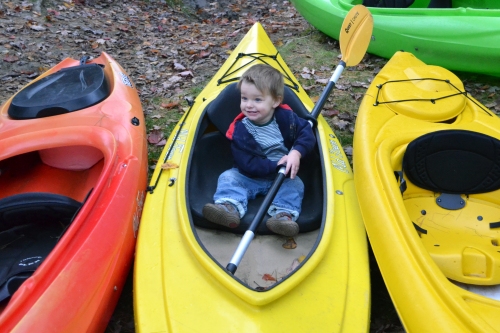 Our annual weekend in Maine with friends (though I did spend much of it in bed with what I learned later was mono).

Where someone tried to sneak his first beer. Do you SEE that naughty look?

Seeing the cutest dinosaur in the world.

Running in the Get Your Rear in Gear 5K and even better – raising over $1000 for Colon Cancer with the help of very generous friends.

I also ran my first 5K (and two subsequent 5Ks later), made my first pickles and jelly, spent a beautiful day at the beach with family, and even changed jobs.  Most importantly, my mom is here with us after one long, uphill battle this year.

We just ate spaghetti with sauce from the jar, ran sprints through the kitchen, and watched a Thomas movie for the millionth time (all while drinking champagne) and my heart is full.